Lowering Our Flag to Half-Mast 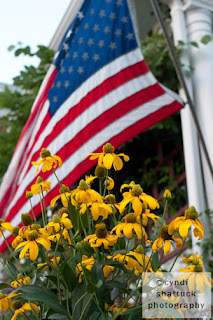 Today is one of those days in New York City where the sirens going north past our office on First Avenue sound different than they did a few days ago.

We first saw the news of the bombing in Boston yesterday, and realized that my cousin Janet was probably running the marathon or cheering her friends. She is a consummate marathon runner and supporter, and so the search for Janet's whereabouts began. We finally heard from Janet in the early evening—and although shaken, she was okay. Some good news and goose bumps; she had been a block away from the finish line at a bar with friends cheering on the runners. I received the email from her on my way downtown to Broadway and Maiden Lane in Manhattan, and my eyes welled with tears of relief in the back of a cab.

As I got out of the cab facing the new Freedom Towers under construction, I realized how eerily quiet the streets were. Not one person was talking on a cell phone. People walking together were not speaking to each other. Even the children were silent. It was the end of a work day and rush hour was pretty much silent. I stood on the corner to observe the palpable hyper-alertness we were all feeling, but especially in that area of the city.

It brought back strong memories for me. I worked at that time for The Wall Street Journal Online, where I was the Creative Director for the Daily News Graphics Department. My 12th story office windows in the World Financial Center faced the Statue of Liberty and my colleagues in the newsroom faced the World Trade Center. I was one of the lucky people fighting a head cold, and running late to work on September 11th. I remember crying for a year every time I looked at the revised skyline of Manhattan as I drove back in from our temporary offices in New Jersey.

My heart goes out to the people of Boston who will now forever feel what we felt in New York City. They too, have unfairly experienced the deaths, the injuries, the fear, and most of all, the unwarranted hate of others. It is a painful sting that leaves a deep scar.

My husband is a native New Yorker, born and raised on the Upper East Side of Manhattan. On my father's side of my family, I am the fifth generation of our family to live on the Upper East Side. We are New Yorkers deep down in our bones with a passionate love of urban life, the arts, and freedom—fighters of equality for all races and genders. However, yesterday's events did, in fact, stop both me and my husband just a little bit. I took cabs instead of the subway. By 10:00 pm last night, watching the news, we were both in tears.

I know that we are supposed to stand strong, "keep calm and carry on."  I think that sometimes we all move on too quickly from sadness. Then again, I also come from a long line of people who take time out to sit shiva and mourn when people die. We embrace our grief and surround ourselves with family and friends.

We know first hand that hatred never wins in the end. But for now, the people and the city of Boston are in our hearts.